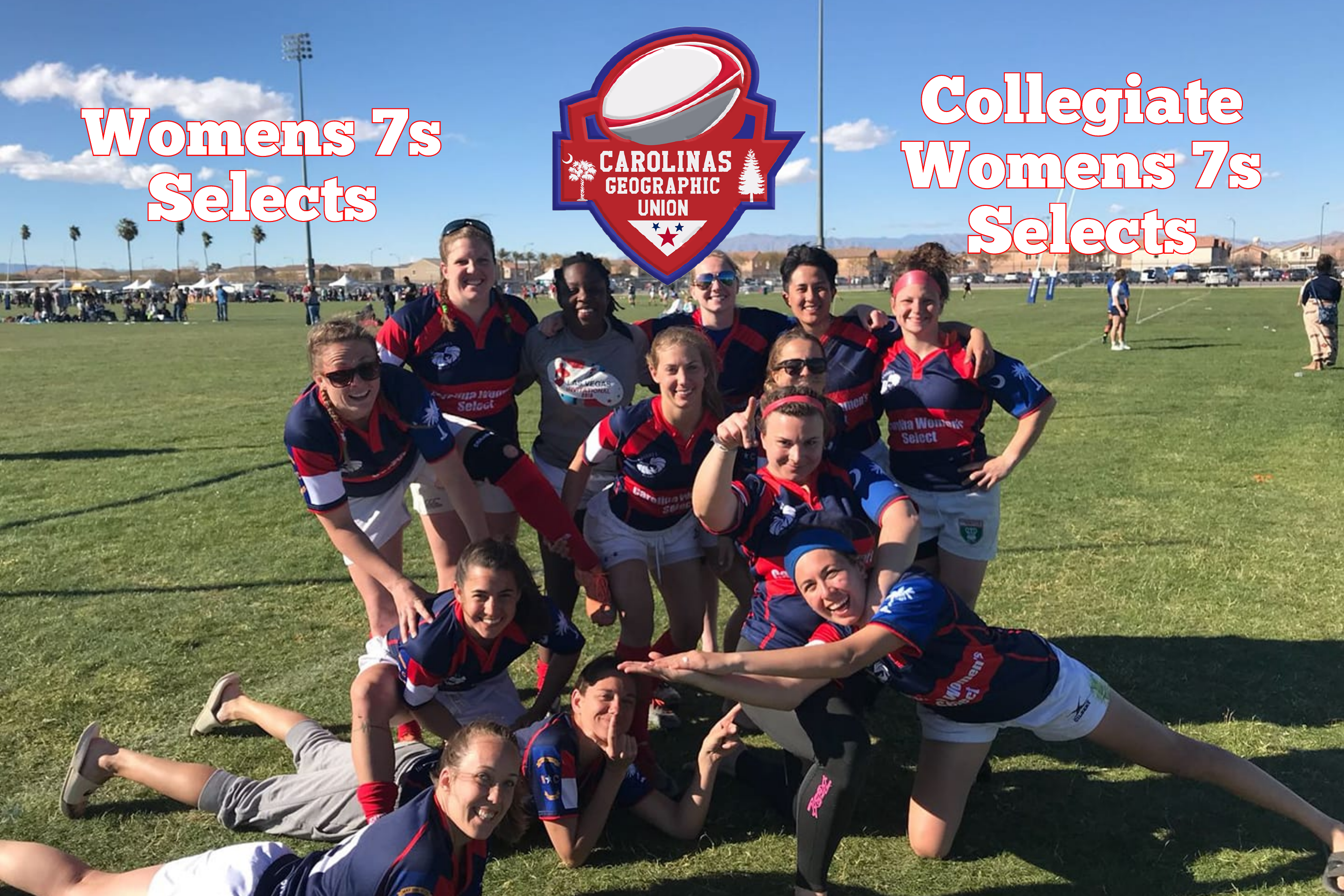 The Carolinas Geographic Rugby Union is proud to announce the two groups of women who will represent the CGRU at the 2019 Las Vegas Invitational 7's tournament.  After a series of three development camps, the managers and coaching staff have come to the final list of Women's and Collegiate Women's players that will make the trip to Las Vegas.

"These women worked hard to prepare and prove themselves at tryouts throughout the month of January," said Women's Club and Collegiate team manager Amy George.

Both Women's sides are making their second consecutive appearance at the Las Vegas Invitational. The Club Women's 7s Selects went 3-2 last year and won the Plate in the Women's Open Division. Both sides aim to build on last year's experience and continue to represent the Carolinas in fine fashion.

The CGRU and the management and coaches from the Women's and Collegiate Women's 7s Selects want to thank all of the players who participated in each of the tryout camps.  The development camps serve a vital purpose as a player development tool for the Carolinas Geographic Rugby Union. The CGRU hopes to see even more players at future camps later in the spring. The management team and coaches for the sides are already planning the next event for the sides as both will make the trip to the Cape Fear 7s in July!