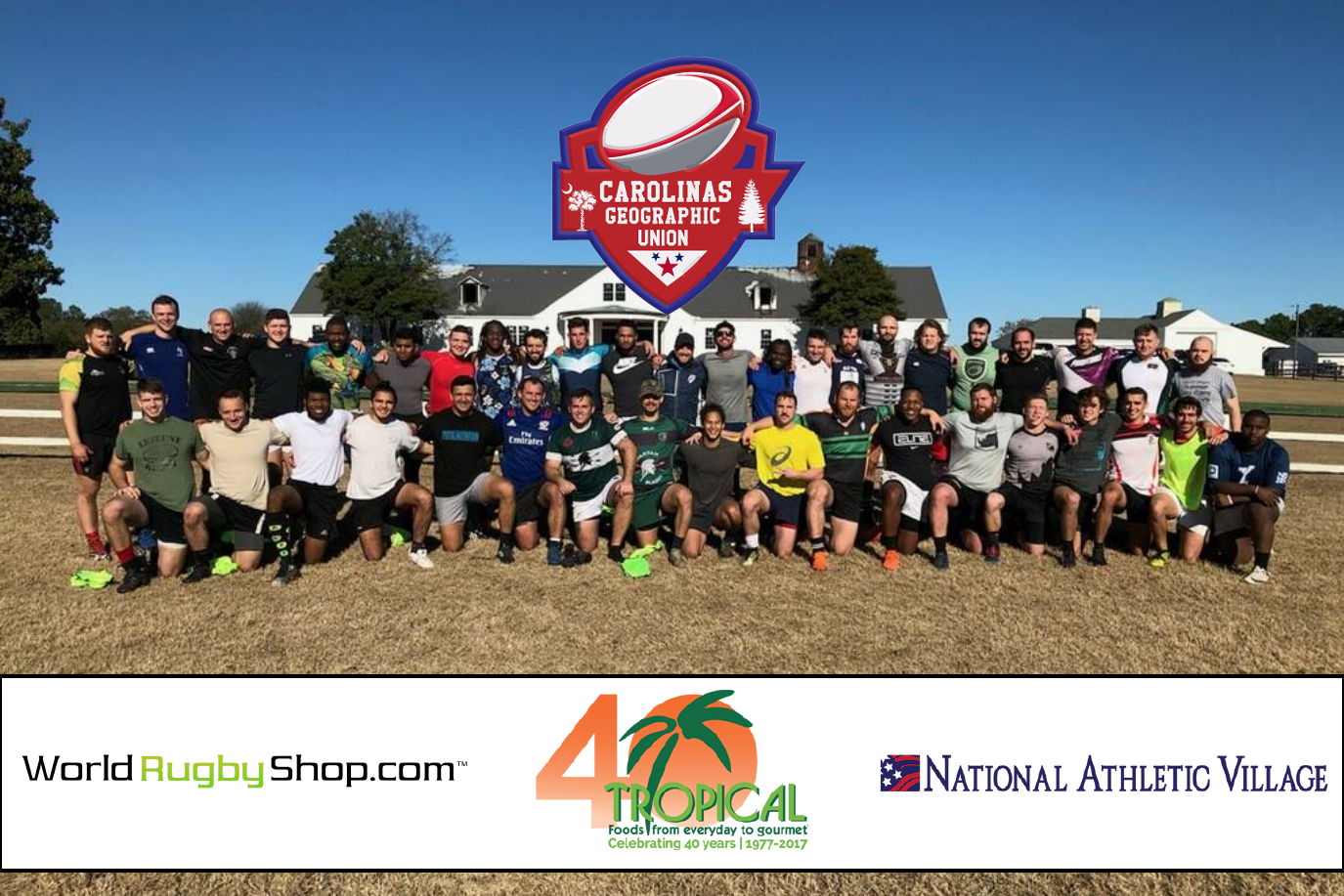 The Carolinas Geographical Rugby Union is proud to announce the players selected to represent the CGRU at the upcoming Las Vegas Invitational. The CGRU announced in December the first ever Men’s 7s High Performance Development sessions geared toward improving sevens play across the union, starting a player pool to take to unique sevens rugby events and identifying players to select for the upcoming Las Vegas Invitational tour this spring. Robert Bortins was named High Performance Director and Justin-Kyle Anderson Head Coach who then brought in Assistant Head Coach Ruan Swart to make up the coaching staff.

“The development camps were very successful," said Anderson. "Over 60 players participated over the three sessions. It was great to see the talent within the Carolinas and I must say it made selections for the coming Las Vegas tour very difficult for the coaching staff.”

The sessions were held in Charlotte and Southern Pines, NC and Columbia, SC. Despite a few last-minute venue changes due to weather, the commitment of the players to develop their rugby showed as numbers, competition, and development among the players increased through the course of the sessions. The Carolinas Geographic Rugby Union would like to thank all the clubs that hosted the development camps. Those clubs played a large role helping make the launch of the development program a success.

Assistant coach Ruan was pleased that the weather did not deter the interest of players, “there were at least 20 players that we feel can play at the level we are looking to compete at, and it was great having healthy competition in the session and having that has allowed guys to push for places and get the best out of everyone.”

The selected squad is holding three practice sessions in the run up to Las Vegas. Those sessions are being hosted in Southern Pines, Charlotte, and a joint practice and set of matches with 1776 Rugby in Charleston. A club that is also heading to Las Vegas.  The National Athletic Village, World Rugby Shop and Tropical Foods have signed on as sponsors to help defray the player cost and ensure a professional environment.

“What we do in the next few weeks leading up to the tournament will be very important," added Anderson. "All the players selected have a good understanding of what is expected of them, both in culture and play.”

This is not the end of something, but the beginning, as the players in the pool will be considered for future events and the plan is to continue to host developmental sessions through out the year that will be open to players in the union. Those will be announced as they are finalized.

When asked what the expectation is for the coming Las Vegas tour, Anderson stated, “It’s the first time in history we as a Union have put a program like this together, it’s our first tour, it will be our first tournament, and our first games together. It’s a great learning opportunity for us a group, but also a great opportunity for us to test ourselves against top-level competition. The expectation is to continue to build the culture we have created through the camps, feed off the enthusiasm of the boys, and not look past games, simply take one game at a time. If we take care of the little things, the rest will take care of itself.”