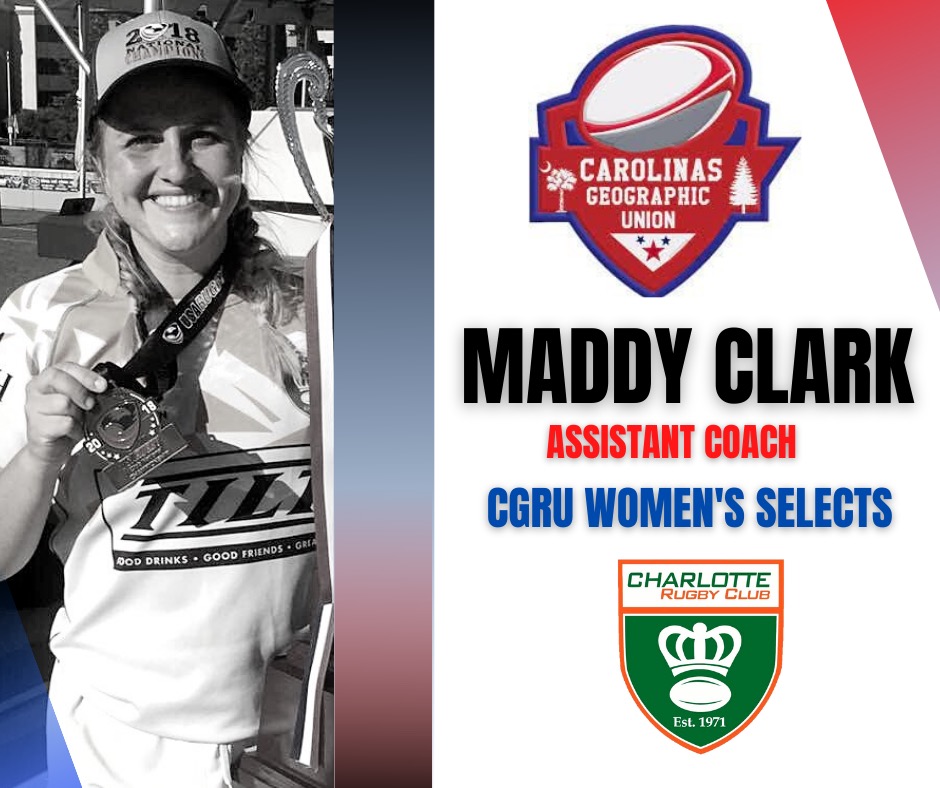 Maddy Clark joins us bringing a wealth of playing and coaching knowledge. Having coached at multiple levels from youth, collegiate, to senior, she is currently the head coach of the Charleston Women’s Rugby Club. Along with her coaching experience, her playing experience includes a D2 National Championship in 2018 with Charlotte Rugby Club, multiple 7s selects appearances with the likes of USA South, South Exposure 7s, and the CGRU 7s Selects. Maddy is also a former CGRU board member. We are delighted to have Maddy join the coaching staff and look forward to all that she offers. 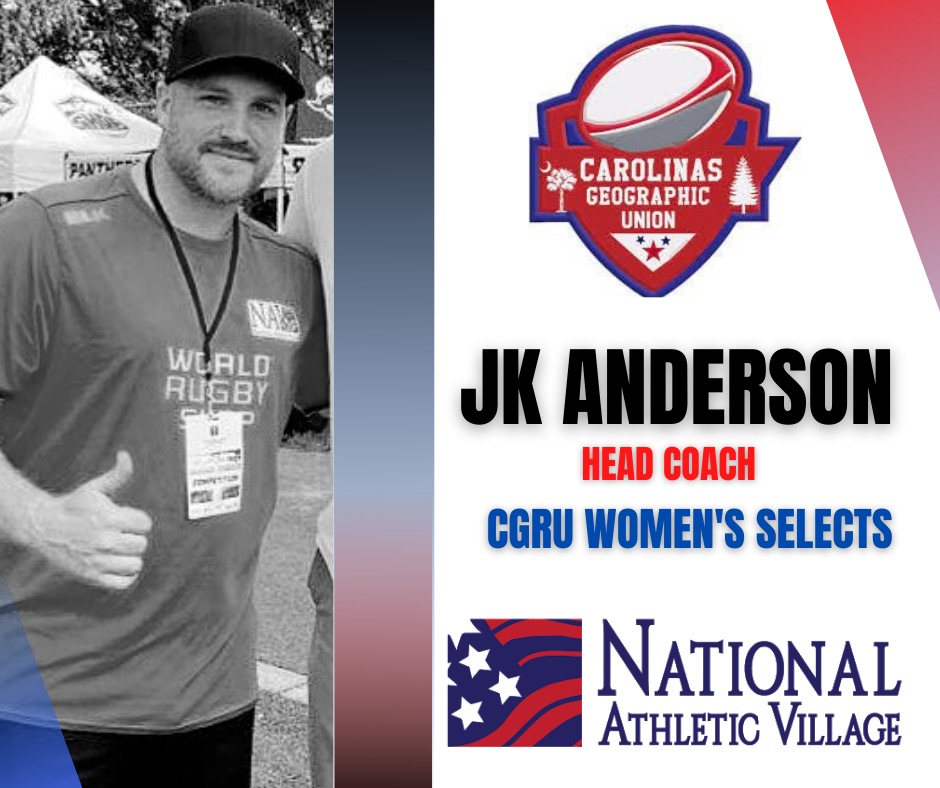 JK Anderson will be working with our CGRU Women’s program and brings a great deal of experience on the 7s coaching front. Currently he is the head coach of one of the premier men’s 7s programs in the country, NAV 7s and has had multiple 7s National Championship Qualifications. He is also currently involved with USA South U-23s and has previously coached the USA U-18 High School Americans in the 2019 Can-Am Series, EIRA Carolinas, CGRU Men’s Selects, and Charlotte Rugby Club Men’s and Women’s 7s. We are excited to have JK involved with the growth and development of CGRU 7s programs. 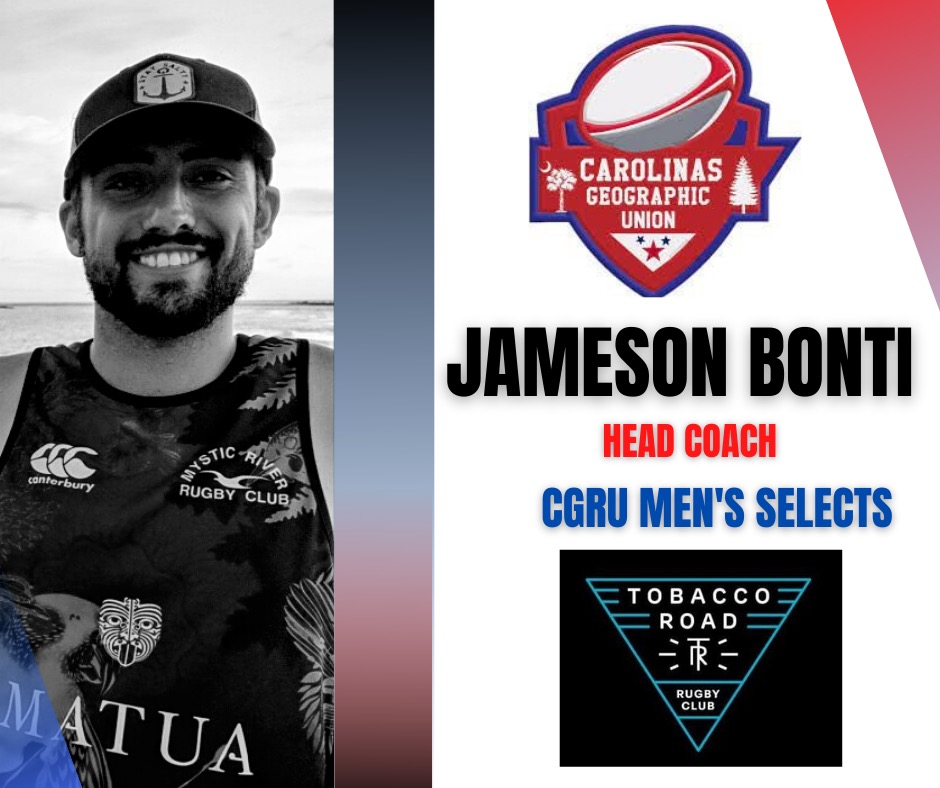 Jameson Bonti will lead our Men’s 7s Selects. He brings a strong analytical coaching background along with a player centric coaching mindset that is sure to build on our current foundation of the men’s program. He is also currently the head coach of Tobacco Road Rugby Club, an assistant with the nationally recognized NAV 7s program, and has participated in numerous internationally recognized coaching academies such as the Crusader International Coaching Academy. Jameson’s playing experience includes Mystic River Rugby, Tobacco Road Rugby, NAV 7s, CGRU 7s Selects, as well as being a collegiate All-American. The CGRU is honored to have Jameson join our coaching staff. 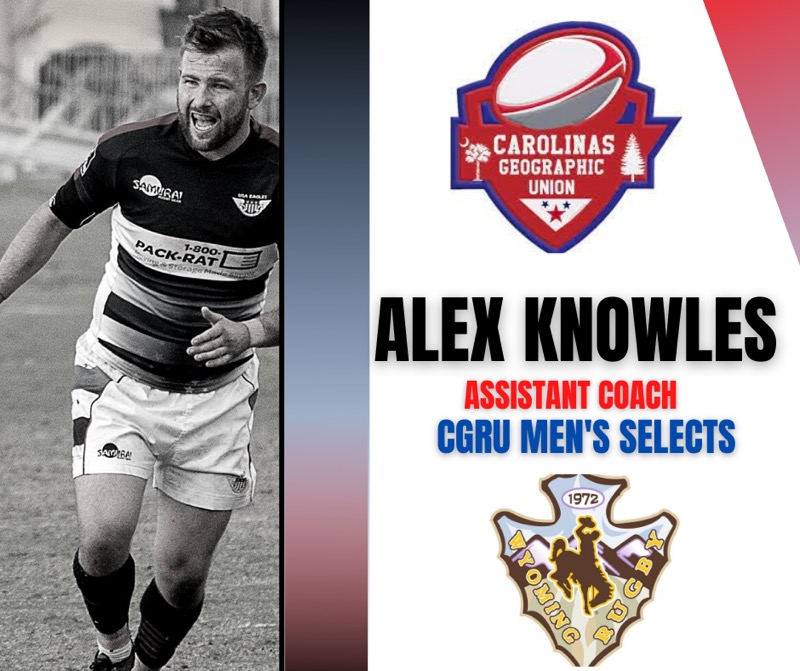 Alex Knowles is a new face to the Carolina’s having recently relocated from Wyoming to South Carolina. Originally from New Zealand, Alex has made a significant impact on the coaching front in the U.S. having developed and coached the University of Wyoming Men’s Rugby team to become a national contender in Division IA on the 15s and 7s levels. Alex’s playing experience includes but not limited to, playing with the USA Classic Eagles, Denver Barbarians, Laramie Lumberjacks, Jackson Hole, and Wyoming University where he was an All-American Honorable Mention. We are delighted to have Alex join our coaching staff. 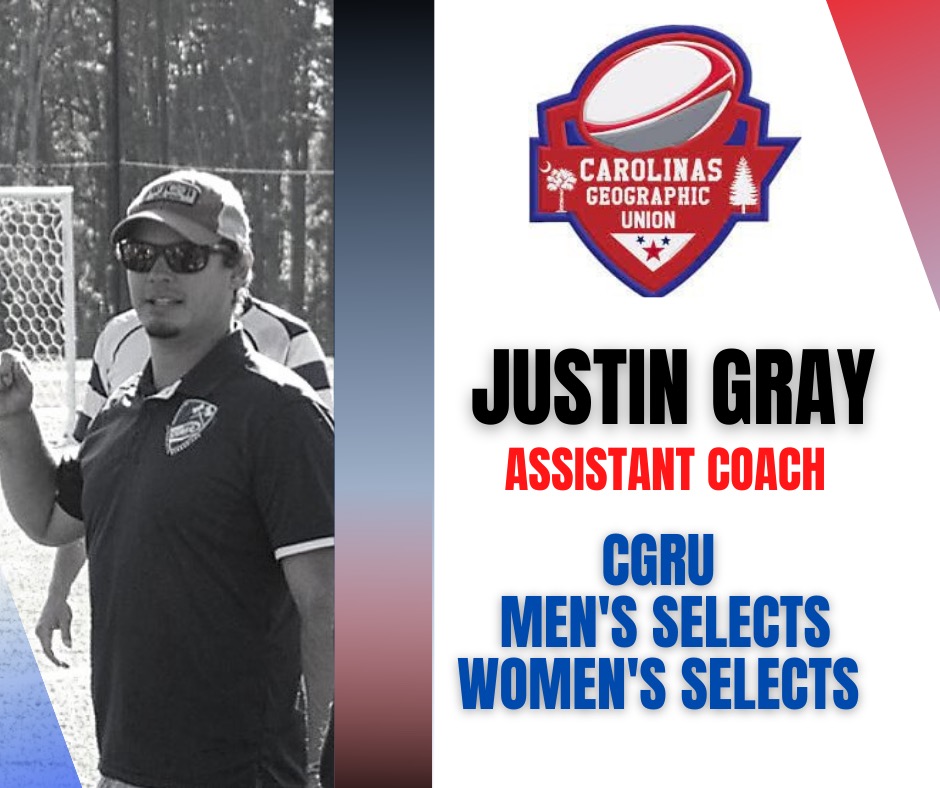 Justin Gray comes to us having extensive rugby roots in the Carolina’s. Coming through the high school ranks as a player, he moved into coaching at the youth and senior club levels. Justin will work with both our Men’s and Women’s CGRU 7s Selects as an assistant coach. He has been involved with coaching the North Carolina U-19 All-Stars, the Charlotte Barbarians, Asheville Rugby Club, and continues to be involved with coaching development camps. We are happy to bring Justin into our coaching staff and continue to provide an avenue for his development as coach.